That's the experience users have reported with the Apple's Music subscription service. As James Pinkstone described it on Vellum, the service deleted files right off his laptop's hard drive.

As in gone forever:

"Through the Apple Music subscription, which I had, Apple now deletes files from its users' computers. When I signed up for Apple Music, iTunes evaluated my massive collection of Mp3s and WAV files, scanned Apple's database for what it considered matches, then removed the original files from my internal hard drive. REMOVED them. Deleted. If Apple Music saw a file it didn't recognize—which came up often, since I'm a freelance composer and have many music files that I created myself—it would then download it to Apple's database, delete it from my hard drive, and serve it back to me when I wanted to listen, just like it would with my other music files it had deleted." 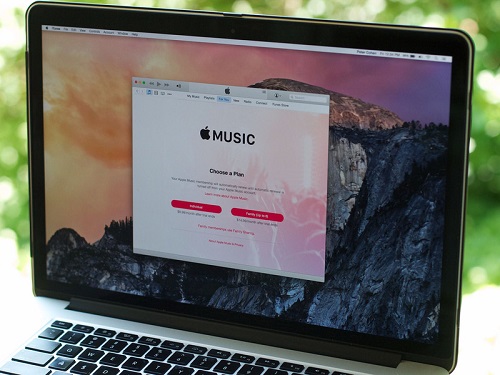 As you can imagine, this created serious problems for James, the least of which was the fact that he could no longer listen to his music without a WiFi connection. Another issue was that Apple's matching system is apparently a less than precise science. Rare recordings of songs were replaced with "mainstream" versions. The platform also changed music file types, converting WAV files to lower quality MP3s or AACs.

It seems there could have been a bit of operator error in James' case. Tech blogger Serenity Caldwell explained that while Apple Music has definite problems, and conceded that the matching algorithms "aren't great," the service should never automatically delete files from your primary Mac's hard drive unless you specifically tell it to. But apparently, the prompts are a bit confusing. It seems that no matter what should have happened, some people like James did end up deleting their files. Confusing prompts aren't exactly a characteristic you want in your music service.

According to Caldwell, Apple later reported that an iTunes bug did apparently play a role in at least some customers' issues with the missing file.

Luckily for James, he was able to get his files back from a backup. But his experience highlights a growing problem with media distribution services like Apple Music:

"For about ten years, I've been warning people, 'hang onto your media.' One day, you won't buy a movie. You'll buy the right to watch a movie, and that movie will be served to you. If the companies serving the movie don't want you to see it, or they want to change something, they will have the power to do so. They can alter history, and they can make you keep paying for things that you formerly could have bought. Information will be a utility rather than a possession. Even information that you have created will require unending, recurring payments just to access."

LBRY eliminates that problem completely by cutting the iTunes of the world out of the equation altogether. Instead of relying on an intermediary, content creators like musicians and filmmakers can connect directly to content consumers. Once you pay for the file, it's yours. LBRY doesn't maintain control over it and serve it to you on its own terms. You listen to your music or watch your movie, whenever you want based on your direct relationship with the producer.

Short-sighted middlemen add additional cost and hassle to the user experience in the name of customer lock-in and boosting profits. That's why we are building a content marketplace that no one company controls. You have enough frustration in your life without paying iTunes for more.